What is a fuel cell?

A fuel cell is an electrochemical energy conversion device that produces electricity by combining hydrogen and oxygen into water. Like batteries, fuel cells convert potential chemical energy into electrical energy and useable heat and generate water as a by-product. However, batteries only store chemical energy—rather than generate it—so they can only operate for a limited amount of time until they need to be recharged. Fuel cells, on the other hand, can continuously generate electricity for as long as they are supplied with fuel and an oxidant.

What are the main advantages of fuel cells?

Fuel cells are an ultra-reliable, long-duration source of 100% green electricity. They produce no greenhouse gas emissions, make no noise and can generate power as long as there is a supply of fuel. Unlike green energy solutions using solar or wind, fuel cells are completely weather-independent and can produce electricity on rainy, cloudy and windless days. As such, they do not require additional backup solutions such as batteries or diesel generators.

No, fuel cells were invented in 1839 by William Grove and were used by the American and Soviet space programs to provide power to their space craft.

How are fuel cells used today?

Fuel cells can be used anywhere you need power. In 2016, more than 65,000 fuel cells, totaling over 300 MW, were shipped worldwide. Continued growth in fuel cell usage has been encouraged by governmental green energy programs and tax credits in China, Europe, Japan and the USA. Leading companies such as Apple, Verizon and Coca-Cola are generating power with stationary, hydrogen fuel cells. Hydrogen fuel cell vehicles from Toyota, Honda, Hyundai, Daimler and other companies are coming to market and metropolitan areas are beginning to migrate to clean hydrogen-fueled private cars and buses. Hydrogen refilling stations in California and other states are overcoming the challenges of hydrogen distribution for consumers. Indeed, the US Department of Energy notes that hydrogen and fuel cells are on the verge of a “tipping point” much like solar energy was a number of years ago.

If fuel cells so great, why are batteries still the most popular solution?

Batteries are still widely used over fuel cells as they are currently a less expensive and simpler solution and are well suited for short-term backup power. In addition, their current cost does not reflect the disposal or battery-related contamination at landfills. Eventually new government regulations will compensate for these environmental issues and will de-incentivize the use of batteries, like regulations concerning the use diesel engines. In addition, as fuel cells become increasingly popular, their CAPEX costs will decline due to economies-of-scale from manufacturers and the OPEX costs will decline from more plentiful and cheaper hydrogen fuel as the roll-out of hydrogen infrastructure continues to accelerate.

What is the GenCell A5 off-grid power solution?

The GenCell A5 is a unique low-temperature alkaline fuel cell solution that is designed to provide cost-effective and ultra-reliable green power for off-grid applications such as telecom base stations in hard to reach/rural areas. It bypasses the limitations of the hydrogen infrastructure by producing hydrogen-on-demand from anhydrous ammonia which enables a lower OPEX than diesel generators.

What type of fuel does the GenCell A5 use?

The GenCell A5 solution uses technical-grade, liquid ammonia (anhydrous ammonia). Ammonia has the highest volumetric content of hydrogen—even more than hydrogen itself—in both the cryogenic and compressed forms. It is easily sourced in most countries and is cheaper than diesel fuel.

Which markets and applications are suitable for the GenCell A5?

The GenCell A5 solution is most suitable for the telecom and rural electrification markets, providing primary power for off-grid telecom base stations; medical facilities; community centers; emergency services; schools; and more.

What is the advantage of the GenCell A5 over wind and solar power alternatives?

Renewable solutions like solar and wind are a step in the right direction but they at the mercy of Mother Nature. On cloudy or windless days, you won’t be able to generate electricity so, these systems need to be complemented by batteries or diesel generators. In addition, dust and sand can reduce photovoltaic performance of solar panels by up to 85%. In contrast, the GenCell A5 solution is completely weather-independent and generates electricity whether or not you have sun or wind.

How quickly can I see ROI on a GenCell A5?

The low operating costs of the GenCell A5 solution off-grid power solution make it a great alternative to using diesel generators to power a base station. When analyzing the costs of the GenCell A5 at 1,000 sites for producing 24 x 7 x 365 power over a 10-year period, telecoms can expect to save up to US$ 250 million. As such, in many cases, ROI can be 2 years or even less, depending on the customer’s exact set-up.

When will the GenCell A5 be commercially available?

Orders for the GenCell A5 off-grid power solution are being taken today and we will start shipping the first units in Q4/2018 to a select group of customers for testing and and validation. We expect to ramp up production and start commercial shipments in H2/2019.

The GenCell G5/G5rx power solutions are platinum-free, alkaline fuel cell generator solutions that provide 5kW of electricity in the event of a power outage. They overcome the significant weaknesses of legacy and alternative backup power solutions: the limited duration of batteries, the smell, noise, high maintenance and lengthy startup time of diesel generators, and the weather/daylight limitations of solar energy systems. The GenCell G5 is designed as a long-duration UPS while the GenCell G5rx has been customized to meet the needs of utility substations.

What type of fuel is used by the GenCell G5/G5rx?

The GenCell G5/G5rx solution is fueled with hydrogen (industrial grade or higher) that can be purchased from commercial suppliers in standard cylinders. Hydrogen is used by industry and nearly 10 million metric tons of hydrogen are produced every year in the USA.

At what rate does the GenCell G5/G5rx consume hydrogen fuel?

What are the target markets of the GenCell G5/G5rx power solutions?

How do GenCell solutions compare with legacy backup power solutions such as diesel generators or battery rooms?

Although earthquakes cannot be prevented, the extent of the damage is often within our control. Most of our critical infrastructure points can be reinforced. Even utilities can mitigate the damage of power failures caused by earthquakes. Using backup power to keep autoreclosers from shutting down can speed the restoration of power to thousands or even millions of customers who could be without drinkable water, sanitation, edible food and other essential services that require electrical power. Indeed, the GenCell G5rx successfully provided backup power following an earthquake in 2017.

What size earthquake (on the Richter scale) can be withstood by the GenCell G5rx?

The GenCell G5/G5rx are commercially available and have been installed at customer sites in Europe, North America and Latin America. To speak to a sales representative, please go the Contact page of our website.

Why does the GenCell A5 solution create hydrogen from ammonia?

Producing hydrogen-on-demand overcomes the limited hydrogen infrastructure that makes it more expensive than diesel fuel and too expensive to use in a primary power solution. Ammonia (NH3) is an ideal liquid carrier of hydrogen as it has the highest content of hydrogen per volume—nearly twice the amount of even hydrogen itself. GenCell’s alkaline fuel cell can operate directly using cracked ammonia, avoiding the need for expensive hydrogen” cleanup”. This increases system efficiency and decreases capital and operational costs. In addition, ammonia is already a widely-used commodity that costs half the price of diesel and is easily sourced. There is also practically no risk of theft as the use of ammonia is much more specialized than diesel.

How safe is the ammonia fuel (NH3) of the GenCell A5?

"How safe is the ammonia fuel (NH3) of the GenCell A5?
Ammonia (NH3) is safely produced, stored and used when handled properly. About 80% of ammonia is produced for use in fertilizer and it is also used for purifying water supplies, cleaning equipment for producing food, creating plastics and more. Like almost any fuel, exposure to high concentrations can be hazardous to your health. Fortunately, ammonia can usually be detected at concentrations above 5 ppm. Concentrations above 100 ppm are uncomfortable to most people; concentrations in the range 500 ppm are dangerous to one’s health and life. "

How does the GenCell A5 ammonia cracker convert ammonia into hydrogen?

Ammonia gas flows naturally from the ammonia storage tank into the GenCell ammonia cracker, where it is turned into a mixture of 75% hydrogen and 25% nitrogen. From there, it is piped into the GenCell A5 fuel cell generator where the hydrogen is used to create a steady flow of 4kW electricity while the nitrogen is harmlessly vented into the atmosphere.

How long does it take the GenCell A5 to create hydrogen?

The GenCell A5 ammonia cracker takes about approximately 2.5 hours to warm up and begin producing hydrogen. After the start-up period, the cracking process is almost instantaneous. In the future, the start-up period is expected to be dramatically reduced.

Hydrogen as a Fuel

How safe is hydrogen as a fuel?

Hydrogen is considered a safe fuel. Hydrogen is 57 times lighter than gasoline vapor and 14 times lighter than air. In the event of a leak, hydrogen rapidly rises into the atmosphere at a speed of 45 mph (20m/s) or 2,100 cubic feet per minute (60,000 l/min). Unlike gasoline/petrol, it does not pool to cause an explosion and quickly dissipates and/or burns. In a 2001 study by the University of Miami, a gasoline-fed car fire consumed the vehicle leaving it a smoldering heap of charred steel and melted glass while the hydrogen-fed car fire was over in less than two minutes and the car was virtually undamaged.

Does the production of hydrogen for the GenCell G5/G5rx rely on fossil fuels such as methane?

Currently, 95% of hydrogen production used by the GenCell G5 solution is based on reforming methane as it is the cheapest method at this time. Additional methods of production use wind, solar, geothermal and hydroelectric power to split water. The wide variety of production methods and the potential of the newer eco-friendly methods makes hydrogen an extremely promising energy carrier.

Why is the use of hydrogen not yet mainstream?

Hydrogen is used by industry and nearly 10 million metric tons of hydrogen are produced every year in the USA. Although its production costs are lower than gasoline or methane, the current cost of distribution makes hydrogen more expensive than gasoline or methane for consumer usage. With increased emphasis on sustainable energy and increased usage, new distribution systems are already being deployed and hydrogen will become increasingly economical with the assistance of state, federal and national governmental agencies, in Japan, China, Europe and the USA (California, DOE etc.).

Learn about fuel cell technologies and why GenCell’s solutions are an excellent source of backup energy. 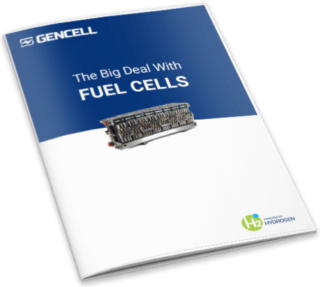 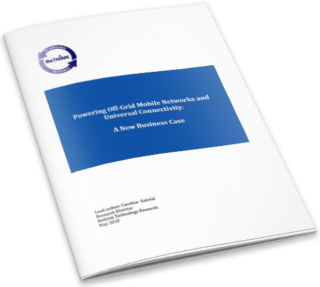