During Shutdowns, California Should Insist on Only Emission-Free Backup Power

Over the last days there have been numerous reports in the news about Pacific Gas & Electric (PG&E) announcing planned power shutdowns.  In the event of hot, dry and windy conditions that can precipitate devastating fires, PG&E is electing to preemptively shut off electricity in power lines running through areas at high risk to avoid wildfires. Once a shutdown has been implemented, PG&E must wait until extreme weather has passed and the power lines have been visually inspected before restoring electricity.

“This is a bold move. We understand the impacts,” said Deanna Contreras, a PG&E spokeswoman. “It’s very difficult for our customers to be without power.  We know how much our customers rely on electric service and that there are safety risks on both sides. We understand and appreciate that turning off the power affects first responders and the operation of critical facilities, communications systems and much more.” 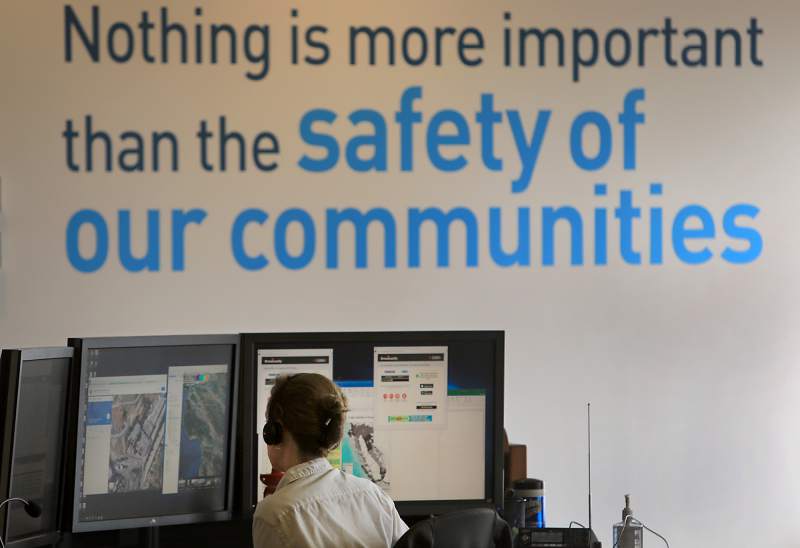 In response to the warnings of shutdowns, local governments are taking action to ready their facilities.  For example, the Lake County Board of Supervisors approved the purchase of a 600-kW backup generator for just under $125,000 to power the county courthouse, while other public agencies are taking steps to increase their fuel storage. Because planned Public Safety Power Shutoffs (PSPS) events are not eligible for any reimbursement of funds as during and after natural disasters and other emergencies, the financial costs to communities could be significant.

According to Bloomberg, PG&E is planning to deenergize the grid as many as 15 times this coming wildfire season in high threat areas, with the average outage duration ranging from two to five days. This means that, for the foreseeable future, California will have the least reliable electric grid in the U.S. by a significant margin. This situation represents a massive risk for California’s economy, and more importantly to its citizens.

The expected shutdowns in California are driving a huge and sudden demand for backup power. This demand has spurred a move towards large-scale deployment of diesel generators across the state. While diesel generators may represent the simplest short-term solution, there are several obvious reasons that Californians should find this response problematic. First of all, these diesel generators will be a terrible source of pollution. Secondly, activation of diesel generators for extended duration during outages will necessitate broad diesel refueling operations, for which the supply of fuel will not be sufficient. Solar energy and storage solutions are a cleaner alternative to generators that will prove more cost-effective in the long run.

The fact that the fear of power blackouts is prompting public panic and an exponential increase in demand for generators is occurring in California, where support for renewables is high, is sad and ironic. Activating pollutant generators to prevent wildfires fueled by climate change will only release more greenhouse gases into the atmosphere.

It is hard to believe that a solar energy company would consciously choose in this situation to campaign to widely sell pollutant backup generators to environmentally-conscious Californians.  The regulators who approved PG&E’s first annual, state-mandated wildfire prevention plan and signed off on new standards for one of the utility’s primary strategies - turning off power lines – must also mandate  appropriate steps for clean backup power that will both ensure public safety and at the same time safeguard the environment and avoid increased emissions that contribute to climate change.

Keeping sight of their long-term needs, Californians should insist that only the increasingly available clean, renewable sources of energy be the ones deployed for backup during outages. Although solar and wind energy sources are not always available, they can be deployed together with fuel cells and batteries to ensure continuously available green backup power.