It seems like everyone is talking about hydrogen. Whether it’s about fuel-powered-cars by Toyota and Honda or a new fueling distribution system in California, people often ask whether hydrogen is safe. Even some of our prospects ask about it when they’re looking at our fuel-cell-powered GenCell G5 long-duration UPS or GenCell G5rx utility backup power solution.

Many people, even a few of our prospects, are surprised to learn that hydrogen is as safe or even safer than other flammable fuels such as gasoline or methane. For more than 50 years, hydrogen has been safely produced, transported and used in substantial amounts by many industries using established best practices.

The net result is that hydrogen dissipates very, very quickly. And if there’s a fire, it burns very quickly rather than pooling and causing an explosion like gasoline.

A 2001 study by the University of Miami confirmed the relative safety of hydrogen over gasoline. In their study, they created fuel leaks in hydrogen-powered and gasoline-powered cars and ignited them.  The gasoline-fed car fire consumed the vehicle leaving it a smoldering heap of charred steel and melted glass. In the words of the study:

While the original video footage from the experiment is not online, there are some very dramatic images from the footage in the original report. If a picture is worth a thousand words, then these images are worth tens of thousands…and will leave you confident about the safety of hydrogen as a fuel. 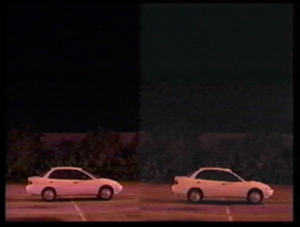 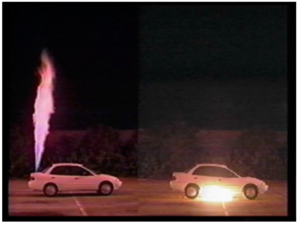 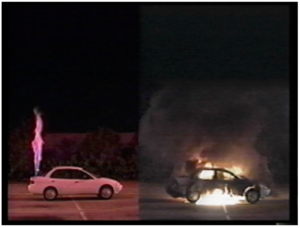 Figure 3: Time at 1 min, 0 sec. – The flow of hydrogen is subsiding while the fire of the gasoline
vehicle begins to intensify. 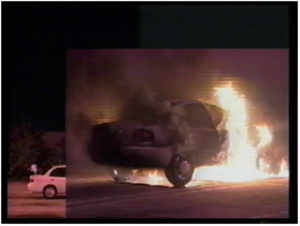 Figure 4: Time at 1 min, 30 sec. – The flow of hydrogen has almost finished while the gasoline powered vehicle is engulfed in flames. (View of the gasoline car fire has been expanded to observe details). 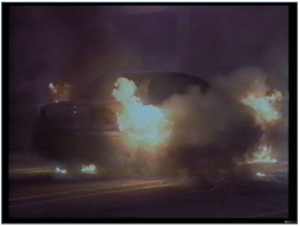 Figure 5: Time at 2 min, 40 sec. - Deflagration (subsonic explosion) of the interior gasoline-powered vehicle begins as flames emerge from the trunk and the driver's side rear tire ruptures, sending debris out the passenger side of the vehicle. (The hydrogen vehicle is no longer burning.)