1.    Hydrogen based fuel cell technology seems to be a hot topic at the moment, especially in the automotive market, what are your thoughts on this?

It’s true that the automotive industry sees great potential in fuel cells. No doubt this is the result of growing consumer concern for the environmental effect of car emissions.

In general, transport is responsible for 12% of carbon dioxide emissions in Europe and more than 20% in the USA. As a result, governments are keen to reduce these figures, putting pressure on manufacturers to invest in fossil fuel alternative technologies. Hydrogen-based fuel cells have become one way to achieve this.

The automotive industry has certainly raised the awareness of fuel cells again, which is great, but this is not a new technology.

Fuel cells have been used in other markets, very successfully for many years now. For instance, NASA pioneered the use of Alkaline-fuel cells in its Apollo program in the 1960’s. It used fuel cells to provide critical light and heat, as well as the electricity to power other onboard equipment on each space shuttle. It chose fuel cells to achieve this as it needed extreme reliability – batteries were simply too heavy and they also couldn’t provide the necessary extended life.

Consequently, this proven space technology enhanced and validated the quality and resilience of fuel cells, for which would later be used for many other commercial applications.

2.   If it’s not a new technology, what’s prohibited the wider adoption of fuel cells in other markets?

In the early days of fuel cell development, the promise of the technology was huge and many businesses were attracted to its many benefits. However, as scientists tried to commercialize the technology, issues with scalability and manufacturability became apparent.

As a result, early adopters didn’t receive the promised benefits and this tarnished the reputation of fuel cells as a viable alternative power. But as with most technology introductions, this same technology has since been redesigned, refined and the early issues resolved – now enabling fuel cells to compete with more conventional technologies such as diesel generators.

Fuel cell manufacturers such as ourselves are now enjoying significant success with this technology in several markets. But from a reputation perspective, we are all rebuilding market confidence in the technology, utilizing important proof points and customer endorsements to validate its success. 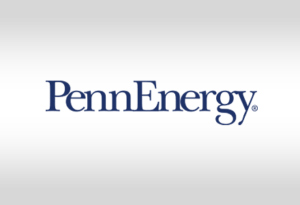 Power Engineering International Interview: Are Microgrids The Future for Utilities?